TO BE FILED UNDER WHY FIX IT IF IT’S NOT BROKEN:

In a recent cursory perusal of the day’s automotive world’s  technical news feeds, the intrepid editorial staff at Roadblazing.com, each of whom belong to the 78% of the world’s Android smart phone legions,came across a noteworthy development in the Android Auto (AA) mobile overlay application for compatible vehicles. Though, unlike virtually every bit of iPhone news flashed on the evening network news, Google hasn’t actively notified Android Auto users of the development or gone to the broadcast media. 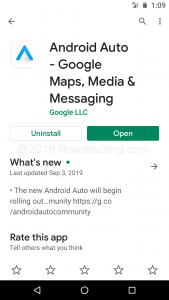 Fear not new AA users who have not previously installed Android Auto as this is the updated 2nd iteration, version 4.6.593334 of the application [compatible with Android Marshmallow and on]. 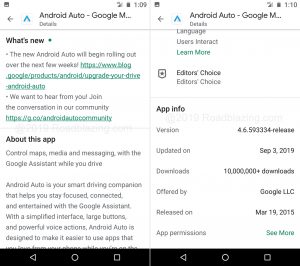 But for those who have already installed Android Auto version 3.6.xxxxxx in their wireless devices this is the way to avail of the new AA app skin for the vehicle: 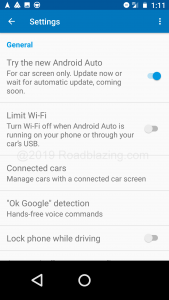 Roadblazing.com’s Android mobile device readers can make a before / after comparison with the images supplied below and chime in with their opinion on the new AA version 4.6.593334.

Take note of the new Android Auto’s implementation of an Apple Car cribbing Home Screen, displaying each action category as a separate icon.

Be aware that the Android Auto version 4.6.xxxxxx does not alter the appearance or function of AA on the actual Android handset.

The full roll-out of Android Auto version 4.6.593334 is imminent. Roadblazing.com‘s take on the new Android Automobile infotainment overlay = as with any tech update, “It’s a matter of getting accustomed to it.” 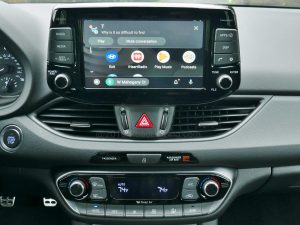 +5 Resembles Apple CarPlay home screen for those who truly want to be like iOS. 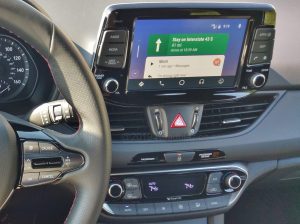 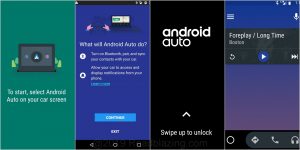 COMPATIBILITY:
Android Auto 4.6.593334 installs and runs on Android Lollipop (5.0) OS or newer  smart wireless handsets and is compatible with select vehicles from many manufacturers offered beginning in MY 2015.

ROADBLAZING.COM SAYS: Thee new Android Auto brings a new look and some useful features to in-car infotainment. As with any software revision, “It’s a matter of getting accustomed to it.”

****The editors supplied their own wireless handset devices and conducted their own downloads to evaluate the software for this review. Vehicles were provided by various manufacturers for evaluation. Roadblazing.com makes no warranty representations other than those by the manufacturers.****